Bedok jetty is one of Singapore most popular salt water fishing spot here. Located on the east coast of Singapore. The jetty was 300 meter long extended out to the sea where it give land base angler a very rare deep water place to fish. With the constant bait fish around daily, it also attracted big fishes to come close to hunt for food. Everyday round the clock there is always anglers there to “guard” this jetty hopefully to have some catches. Below is the result of the biggest catches and the sub species I have known up to date for this year.

This 124 kg Stingray was caught in year 1981. It remain the recorded biggest fish ever landed at bedok jetty by a surf casting rod. It took 10 mens took turn to fought it and was pull to the beach to bring it up. Tackle used was a 14ft. Daiwa 422 rod pair with a Penn 113H reel loaded with 80 lbs mono line.

Latest up to date:

Near to 30kg Shovelnose shark i landed with the help of the three (from left..Kingsley, Kr Ng and Simon Yeo) to gaff  it up. 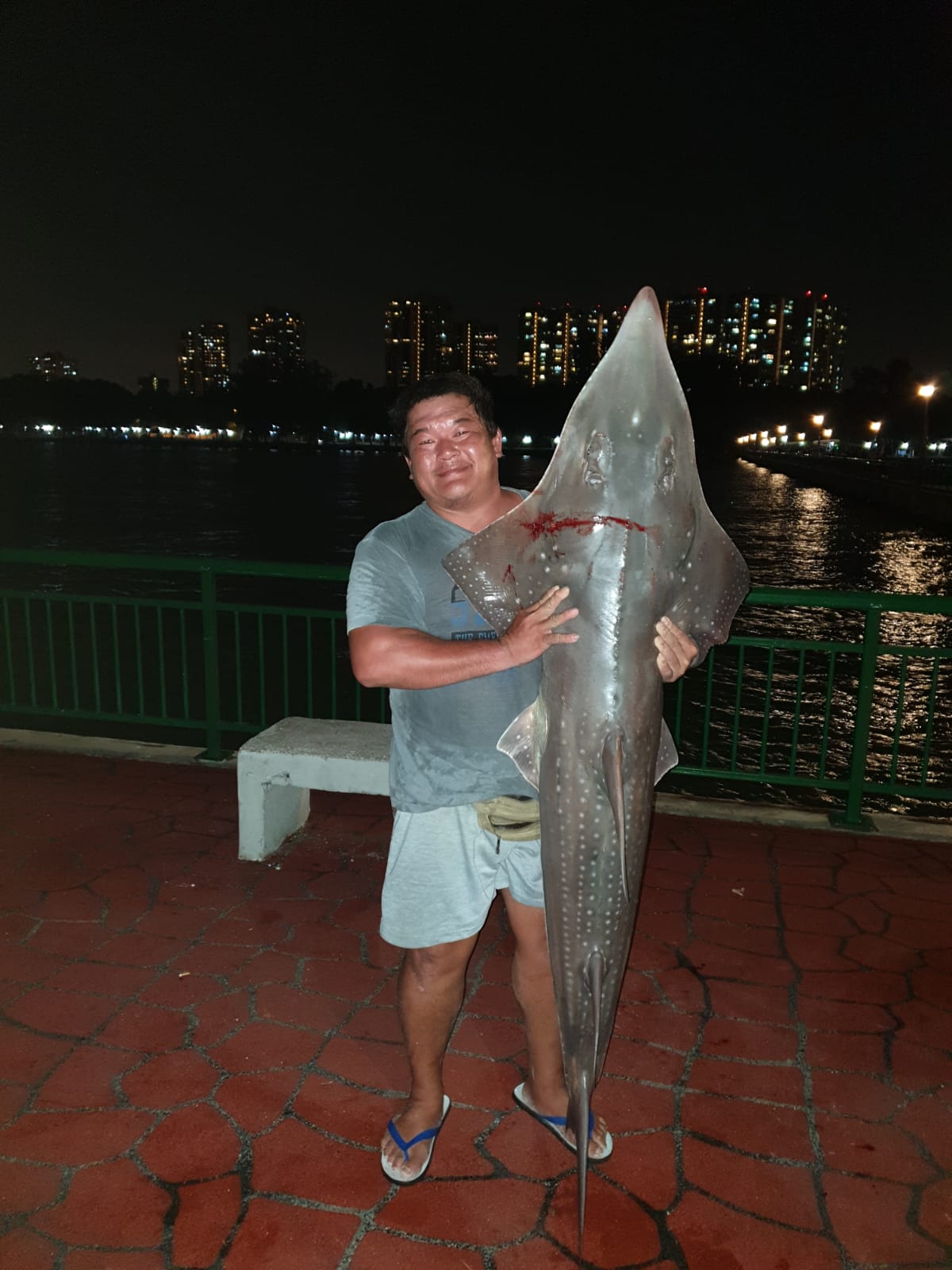 On the last night of year 2019, I caught this 8kg Garoupa on surf rod. This fish is a record garoupa catches by surf rod at bedok jetty.

This 25kg Cobia is the biggest fish landed at Bedok Jetty for year 2007. Will there be another one this year ? What type of species is it ? Will it be bigger or smaller ? Who is YEAR 2020 TOP ANGLER at BEDOK JETTY ? Let wait and see….

Year 2008 biggest fish landed was a 33kg Brown Stingray caught by a angler using a Zzipplex profile rod but was fought by 5 other anglers who take turn to tame the monster. The rod owner himself didn’t handle the fish.

Year 2010 biggest fish caught was a 24kg Stingray by me. I fought it alone and gaff by Mr Tyre.

Year 2012 biggest fish caught was a 43kg Stingray by angler Wei Min. Another angler help him to fight the fish and I gaff it up for him.

Year 2014 biggest fish caught was a 65kg Contour ray by a angler at mid part of the jetty. But the fish was fought by his two young friends.

Year 2017 biggest fish caught is Ah An 40kg Stingray. He fought it himself and gaff up by a friend there.

Year 2018 biggest fish is a 30 plus kg Stingray caught by a regular angler with help of 4 others.

Year 2019 biggest fish caught is a stingray around 30-40 kg caught by a hand line spool. 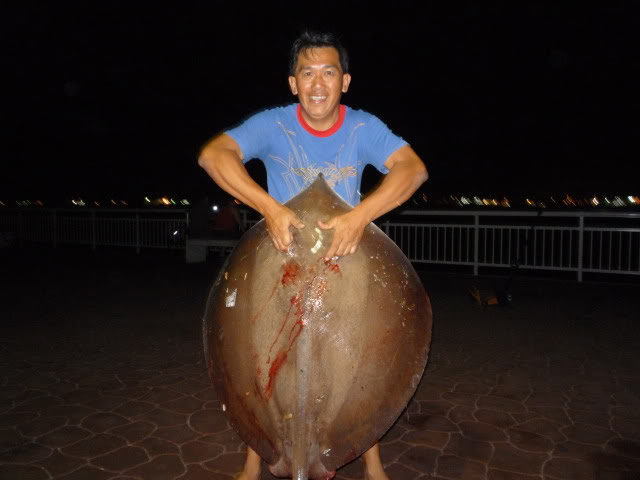 Here is a video show the one way submarine on 08-03-2013 night. Video show ah boi initially trying to help..but the fish keep running non stop. I only able to pump when it stop briefly. Sound are affected by the strong wind that night. 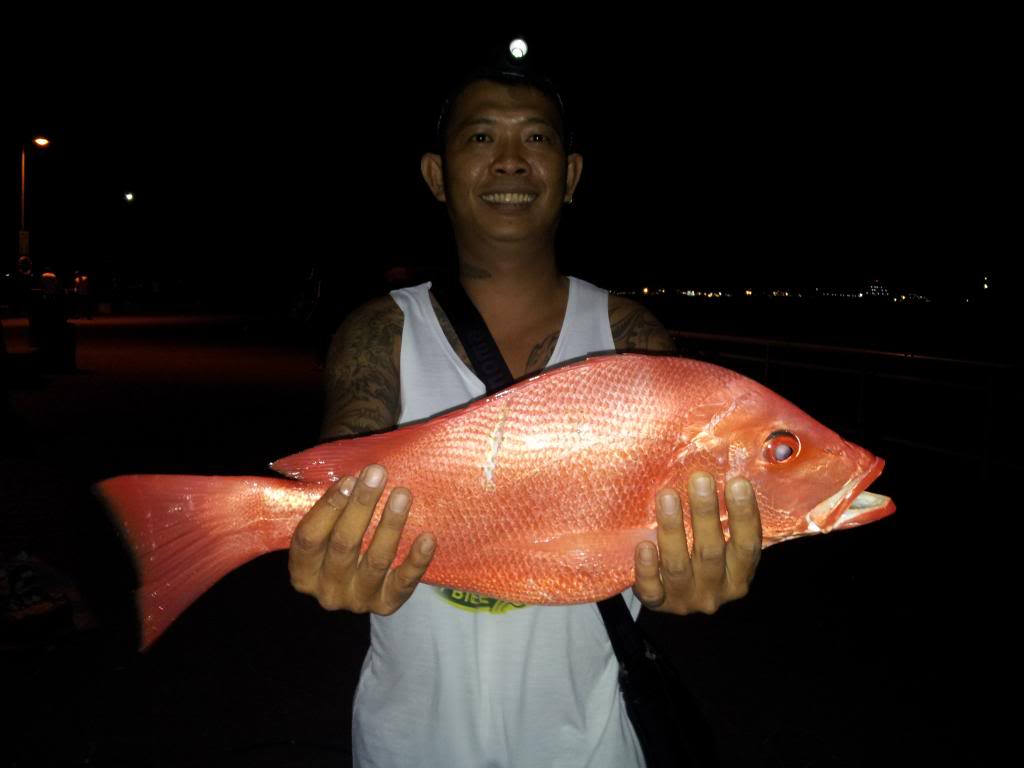 80 kg Honeycomb Whip Ray landed on 30-07-2020. It also my personal best record for surf fishing in term of weight and the second recorded heaviest fish that had bring up from Bedok Jetty.