Reach there around 5pm plus. It is very windy and the tide is about to full and already turning around. As it is a public holiday here today, the jetty is crowded so I just cast out one rod after getting my fresh bait.

Bait is very lasting and around 1920 hrs, after having my dinner, I was chatting with friends, suddenly I heard my friend shouting for me. Turn around and I saw Ah An already went to strike my rod. Fish ON…I took over the fight and saw the fish did a acrobatic jump on the water surface. Barracuda…yes…slowly I wind back and one of them grab hold of my line leader and lift it up. The fish is around 3 kg in weight. 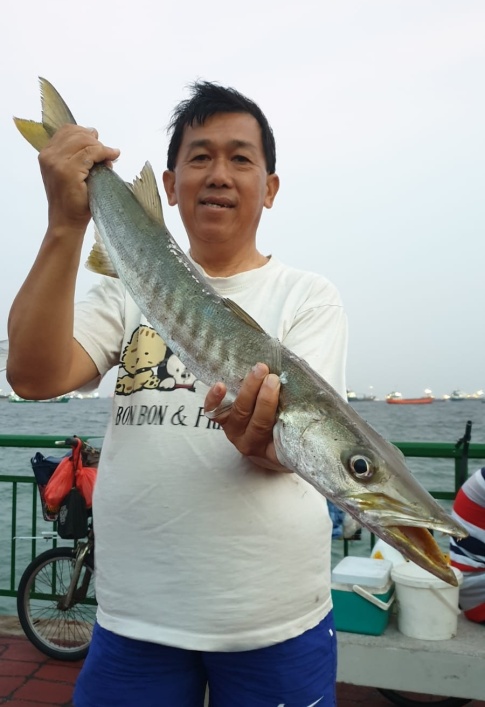 It was almost near to the end of the down tide. Some of them already grumbling why no fish bite and wanted to pack up. Suddenly Ah An reel alarm screech…Yes.. fish ON…He wind it back and another barracuda surface and was haul up. It also near to 3kg size. 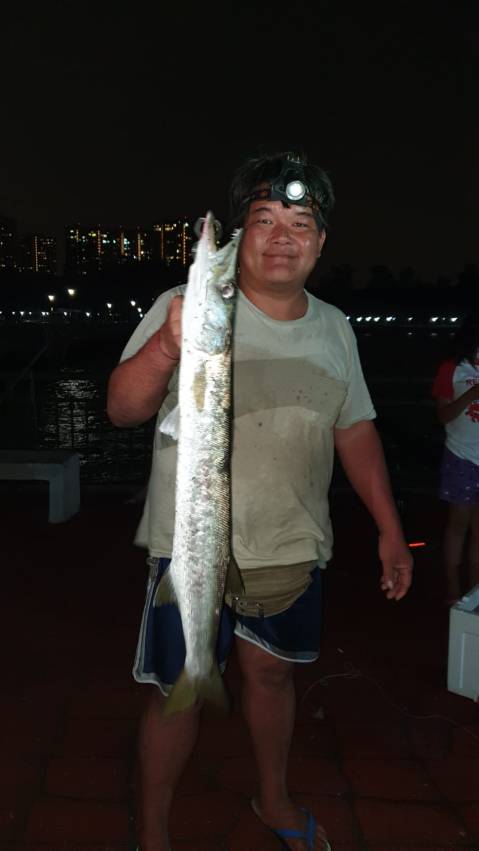 Just fifteen minute later, Ah An was fighting another fish on his shorter rod. The fish took his fresh squid on his apollo rig and gave him a good fight. It took some time before he able to surface it. Wow!…rare catch…a 3 kg Gerut or golden snapper at the end of the line. A angler there used his squid net to scoop it up. 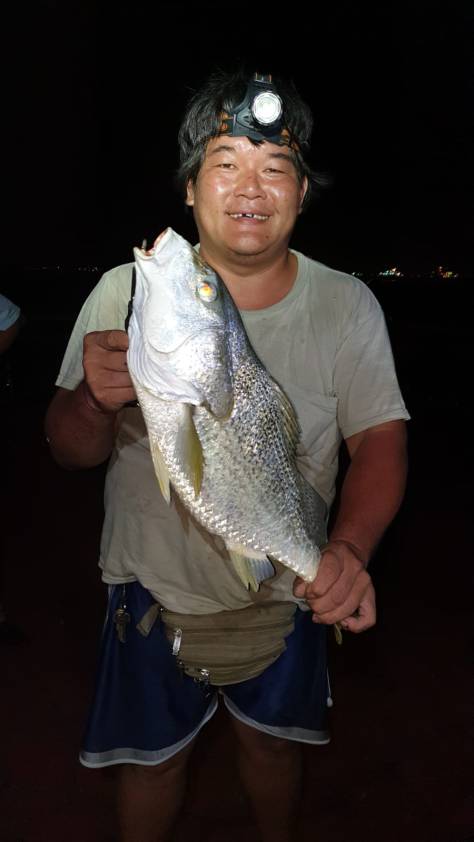