Simon was the first to start the show when the rain drizzling  and tide was about to full. His 11ft. loomis rod was fully bend when the fish took his bait and go for a run. After few minutes of tug at war, Simon bring the fish close in n was gaff up. 8kg white spotted stingray.

Just few minutes later, Ah An reel had a short screech. He strike his Century kompressor  rod and the fish is on. The fish didn’t fought much as the size is small. He wind back and Ah Boy used the squid net to scoop it up. It was a fingermark snapper about 1.5kg. 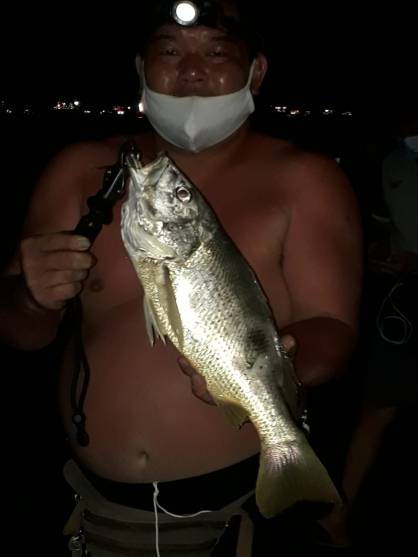 Simon did landed another two fishes. A 800g Sweet lip (kaci) and a baby barracuda. Ah Boy also caught a small Cobia in the late evening and release it back for future game.